Put Baltimore On The Map

If you want to invest in Baltimore's future, then you've come to the right place. 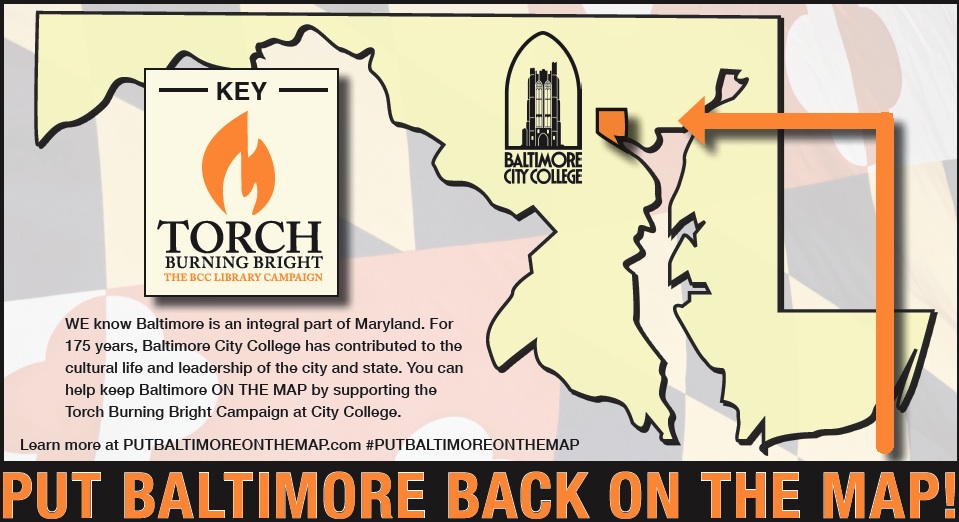 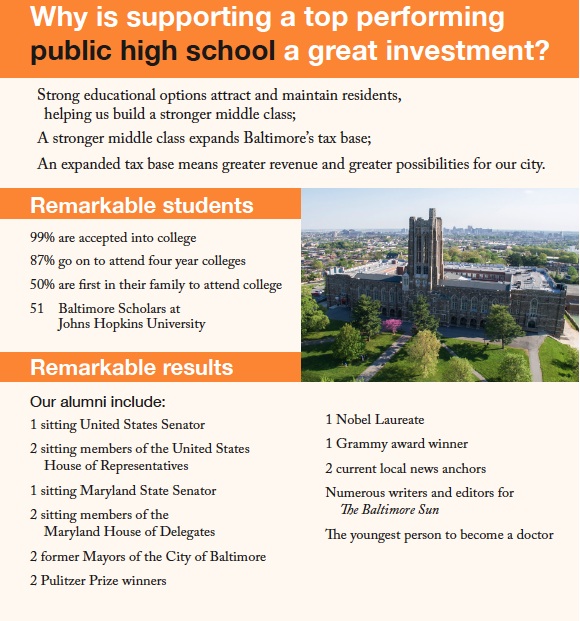 Your chance to win tickets to "Marley" 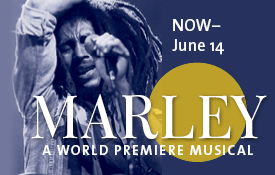 We want to share an exciting opportunity to bring hope to Baltimore and to celebrate a man who used music to promote the causes of peace and justice for all people.

Center Stage and Baltimore City College would like to reward 4 supporters of the Torch Burning Bright campaign with tickets to enjoy Marley, the World Premier Musical, playing now through June 14 at Center Stage in Mount Vernon.

Together we have made wonderful progress, but we need your help to get to our goal of $1.8M by June 19 in order to start construction on time. We can do that if you help connect us with alumni and friends and also help us find new friends.

Just share with us the names and contact information of people that you think will be interested in supporting the TBB campaign. If any of your circle makes a donation we will enter both their names and your name in the drawing for one of 2 pairs of tickets to see the critically acclaimed, World Premier of Marley, a $150+ value and a very hot ticket. After sending us the names, be sure to reach out to your friends and encourage them to make a gift. Our drawing will occur on June 7, so act now!

This is a rare opportunity and a tangible way to give hope and promote equality for the students of Baltimore. To be sure, Bob Marley had a vision for equality and opportunity. He gave us his music to remind us of that vision and here is a very real way to keep his legacy alive. Please spread the word and encourage more people to join our cause to bring more opportunities to our students.

We need to have $1.8 million in the bank in order to start construction. That means we are now just under $300,000 away from breaking ground on a new library at City College.

So here's our challenge: If we raise $300,000 by June 19th then we'll break ground on a new library by July 1. If we meet this challenge our new library will open during the Fall semester.

Let's not take a chance on our young people. Let's make a conscious choice to build them a new library.

Will you rise to the challenge? We've got five weeks.

As you identify people, businesses, and organizations that could join our effort, we are ready, able, and excited to assist in reaching out. We hope you will share your ideas and your actions with us. We promise to give you a concise summery of our progress each week and share thoughts so we can all remain informed and inspired as we count down to the conclusion of this exciting and necessary project. This is a tangible and attainable way to move Baltimore forward, together.

Nico – My name is Nico. I am not a hundred percent sure what I want to be when I grow up, but I’m one hundred percent sure I want to affect others in a positive way.  I am willing to work the hardest to complete my goals. I believe we need a great library because after ten years attending private school it upsets me to see kids at City not having the same advantages. I think this library will change that.

Celine – My name is Celine. I am Nico’s older sister. I want to be a writer. I believe that my classmates at City are the future of Baltimore and that our city’s excellence depends on us and how prepared we are. I am going to graduate in a few weeks, but I want a new library because I don’t want Nico to have to overcome the same challenges I did. I did my personal project, my extended essay, my historical investigation, and the entire IB program with no library. I want a new library so that he can do these projects to the best of his ability without having to spend hours sifting through abstracts and previews of articles he can’t even access.

Please use this exciting moment as an opportunity to encourage your friends and neighbors to invest in Baltimore's present and Baltimore's future by investing in Baltimore City College's library.

Let's do this by Monday!

The Torch Burning Bright campaign is working in partnership with Baltimore City Public Schools, City College alumni, parents, students, faculty and the Baltimore community. The 176-year-old college-preparatory school has a national reputation and has produced leaders in government, business, academia, the arts and media.

The campaign will help modernize City’s academic resources to help maintain and expand the school’s legacy as an educational leader.

“I am truly impressed by the history of this institution, the architectural beauty to be achieved by the restoration of the library and, by the grassroots community leadership that is making the renovation possible. It is also very important to me that the modern resources to be made available in this great public space will help inform and inspire the leaders of tomorrow,” said Kenneth C. Holt, Secretary of Housing and Community Development for the State of Maryland.

“I am immensely thankful for the hard work of the fundraising committee, the District 43 delegation, the Maryland Department of Housing and Community Development, as well as Secretary Holt,” said Baltimore City College Principal Cindy Harcum (City College Class of 1988). “Too many of our young people lack access to the Internet and fundamental digital tools for research and learning at home. Our new library will address this challenge and create new pathways to help our students succeed. We are so thankful to now have the state as a critical partner in this effort.”

The campaign is raising the funds needed to restore the historic library facility in the building at 33rd Street and The Alameda and supply new computers and access to online databases and other research tools. This is the most ambitious capital fundraising project in the school’s history.

Torch Burning Bright has now secured over $1.2 million in contributions and commitments from individuals, foundations and corporations, as well as the Baltimore City Public Schools.

You won't believe this. The Poly Alumni Association just made a gift to our campaign.

You read that right. Poly's Alumni just gave money to help us build a new library.

Poly is our rival in the classroom and our rival on the field, but their alumni association put rivalry behind them and the best interest of Baltimore's kids first.

Please join us in thanking "The Other School" for their gift by spreading the news using the links below!

My name is Chava. I want to be a military nurse or an immigration lawyer when I grow up. I have a lot of plans to fix the world. I need a library at school because I don't have Internet at home and it is an hour each way to the nearest library by bus. By the time I would get there, it would be closed most nights. I think every kid deserves to have a great library in their school, but I feel like I need one. A library at school would really help me do better in school and help me accomplish my dreams.

Two weeks ago we launched an aggressive effort to raise $100k in just 10 days. During this time we earned 123 new supporters and far exceeded our goal. We'll be announcing the exact total soon.

In the meantime, as a way of showing our appreciation for our supporters, we are giving away three tickets to the Orioles-Yankees game at Camden Yards on April 13, 2015. These tickets were graciously donated to the campaign by City alum and 41st district Delegate Sandy Rosenberg.

If you would like a chance to receive the tickets all you have to do is make sure you've given a gift of any amount online by April 9th.

Only those who have made a gift online through citycollegelibrary.org/contribute before April 9th at 11:59 p.m. will be eligible to win the tickets. So, if you haven't made your gift yet, make sure you do so now. The winner will be contacted by phone and arrangements will be made for ticket drop off prior to the game.

Thank you for your on-going support and belief in our campaign.

Why April 1? Well, April 1 is an important day. That’s the day many of my classmates will hear back from the colleges they applied to.

Why $999,999.99? Based on City’s track record, ninety-nine percent of my classmates will likely get an acceptance letter.

Here’s how you can help:

P.S. Come to the library student committee car wash on Saturday March 28th from 12 to 3:30 p.m. at City in front of the Castle. The car wash is free, but donations will be accepted and Torch Burning Bright t-shirts will be available for purchase.

The best way to stay up to date and engaged with our campaign is to sign up here.